Boxelder Bugs are found primarily on Boxelder trees, Maple trees, and Ash trees. They are black or dark brown in color with red veins on wings and markings on the abdomen and are around 12 mm in size.

Boxelder bugs are not known for biting, but their piercing-sucking mouthparts can sometimes pierce the skin, causing a slight irritation, and generating a red spot similar to that of a mosquito bite. However, their feces can stain light-colored surfaces.

How to Get rid of Boxelder Bugs?

While it may be difficult to eradicate boxelder bugs completely, there are various repellents in the market that can help you in getting temporary relief and preventing them.

Below are top 7 Boxelder Bug Repellents available in market: 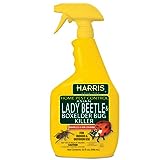 The liquid spray gets rid of Lady Boxelder Bugs effectively when it gets dried up completely after application.

The formula in this boxleder bug repellent is odorless and does not leave any stain behind, making it suitable for use on fabrics. Moreover, it provides extended residual and be re-applied.

How to Use Harris Asian Lady Beetle and Boxelder Killer:

You can use this boxleder bug spray by following the steps mentioned below:

Critical surfaces to spray to get rid of boxelder bugs include corners near doors, window frames and screens, baseboards, storage areas, exterior south-facing walls, and other regions where these bugs like to rest, crawl or congregate.

Its active ingredient is ‘Spinosad’ that is derived naturally from soil-dwelling bacteria and is lethal when ingested by the target boxelder bug.

Antix Plus Killer is ideal for use in gardens, yards, lawns, golf courses, hotel landscaping, parks, and horizon treatments of industrial and commercial buildings. 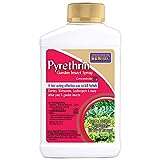 The Bonide pest control is a quick and effective method to kill boxelder bugs, aphids, beetles, leafhoppers, and many other lawn and garden insects.

Its main ingredient is ‘Pyrethrin’ that is found naturally in chrysanthemum flowers and is considered to be one of the best biodegradable insecticides as it destroys pests by attacking their nervous system.

Bonide BND857 – Pyrethrin Garden Insect Spray Mix is formulated for use on vegetables such as asparagus, broccoli, beans, peppers,  tomatoes, spinach, dogwoods, begonias, geraniums, roses, and shrubs, as it does not leave any debris behind after use.

How to Use: You just need to mix this boxelder bug repellent with water and pertain it through a hand sprayer, a sprinkler can, or low-pressure sprayers. Before using the spray, carefully read the instructions on the label and use them accordingly. 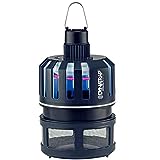 This insect trap does not make use of any toxic substance as it provides protection up to 300 sq. ft. It can be easily plugged into 100 Volt outlet and requires at least three weeks to show effective results.

It traps boxelder bugs into its hidden base without making any noise, making it suitable for use in pantry, patios. It weighs less than two pounds and hence, can be shifted anywhere.

How to Use: You can use the trap by following the steps mentioned below: 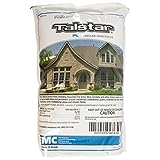 Talstar Professional is a water-based, non-infuriating, odorless, not plant-damaging way to get rid of boxelder bugs, ants, spiders, fleas, and stink bugs.

It does not induce any phytotoxicity and it is nearly impossible it has been sprinkled once it gets dried up. It incorporates long residual life with low toxicity to generate an action, making it suitable for use in commercial, residential, industrial, and, food regulating areas.

How to Use: You just need to spray it near the places infested by the boxelder bugs. Especially spray it near the window and screens as they would fall to the ground and die later. Always wear gloves while using them and let them dry before coming in reach of children or pets.

Dust insecticides are evaluated by scientists to be the most effective repellent among other insecticides as the powder can enter into thin cracks killing boxelder bugs on contact.

Drione Dust Insecticide makes use of active ingredients such as Pyrethrin (1%), Amorphous Silica Gel (40%), and Piper-only Butoxide (10%) to get rid of a number of insects, including boxelder bugs.

Pyrethrin attacks the boxelder bug’s nerve system and paralyzes them which eventually results in their death.

You need to spray the product in cracks and wall holes inside the buildings. It should not be applied in the areas where food is stocked, nor should it be sprayed around ventilation areas.

Since the insecticide is very intense and toxic, it is not safe for use around children and pets and can kill helpful insects such as bees when used outdoors.

The insect magnet attracts and traps boxelder bugs, spiders, crickets, ants, scorpions, silverfish, and palmetto, along with the larvae and eggs of boxelder bugs to prevent any further infestations.

How to Use: Before using the magnet traps, you need to wear safety gloves for protection. You just need to unbox it and then apply the trap at infested places.

Before you use any repellent to get rid of Boxelder Bugs, you should keep the following points in mind for better results and also prevent any damage:

There are many natural ways to get rid of boxelder bugs but you should opt for any solution as per your requirements. Insecticides are most effective against them but at the same time, require most caution while using as they might cause severe harm to humans and other animals if not used properly.